Understanding the Charges Against You

Driving under the influence is a serious criminal offense in the state of Arizona. DUI accidents account for a large majority of the serious and fatal car accidents that occur throughout the Phoenix metro area. 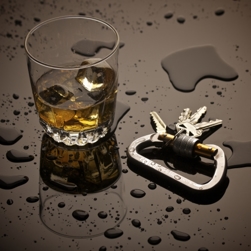 When a person drives under the influence of drugs or alcohol, he or she has a much greater chance of causing an accident. When a driver's BAC reaches 0.15% or higher, their chances of causing a serious or fatal accident double. It is for this reason that law enforcement takes these cases so seriously.

When Does a DUI Become an Extreme DUI in Arizona?

Any person found with a BAC of 0.15% or higher, who has operated a moving vehicle within the two hours prior to their arrest, will be charged with extreme DUI. According to the Arizona Revised Statutes 28-1382, extreme DUI is an incredibly serious class 1 misdemeanor offense that can result in a number of legal consequences.

For a first time Extreme DUI offense, the driver can face penalties such as:

For subsequent offenses, the penalties may be enhanced with higher fines, jail time, community service, and more.

Even if it is the driver's first DUI offense, you may face enhanced legal penalties even if:

Speak to a qualified and understanding Phoenix DUI attorney as soon as possible if you have found yourself facing accusations for driving while intoxicated.

In order to protect yourself during the legal process, it is important to retain the services of an attorney who has a thorough understanding of Arizona law, and who has successfully defended countless clients charged with an extreme DUI offenses. Attorney Anthony Knowles has been working in the criminal justice system for 20+ years and has vigorously defended thousands of clients charged with driving under the influence.

As a former police officer, Mr. Knowles can inform you of the best way to talk to and deal with law enforcement. Furthermore, his prior experience has given him an inside knowledge as to how the state will build its case and prosecute you in court. Attorney Knowles is 100% committed to building a strong defense, fighting your extreme DUI charges, and aggressively contesting the prosecution's case against you. Their firm will ensure that every client receives the personal attention, time, and effort it takes to properly contest these serious charges.

Protecting You Against Serious Penalties

If you have been charged with extreme DUI in Phoenix and are facing with felony penalties, do not give up and put yourself at risk for criminal conviction. Anthony Knowles is truly committed to fighting your criminal charges and helping you overcome this difficult time in your life. Contact his firm today to learn how they can help you!